Not long ago, my friend Jesse told me this joke: “Someone told me the other day that I just don’t understand irony. My feelings were hurt and I thought, How ironic–we were standing at the bus station when he said it.”

I admit, I puzzled over this joke for a long while, and finally, I had to ask my husband to help. “There’s nothing ironic about being at the bus stop,” he said, “Some folks just don’t get irony.”

Maybe it’s because I’m Irish that the absence of irony in the joke left me stymied. Irony is the use of language to express its literal opposite, a deliberately contrarian act for the purpose of emphasis, amusement, or mockery.

Ancient Greek historians noted how the Gaelic used irony, exaggeration, invective, and other wordplay as weapons of power in shaping politics and culture. Irony is especially effective because one must understand the context and the truth of the situation to understand the opposing, embedded meaning. As a result,  one can be ironic in the presence of the enemy or outsider, a circumstance the Irish know well. 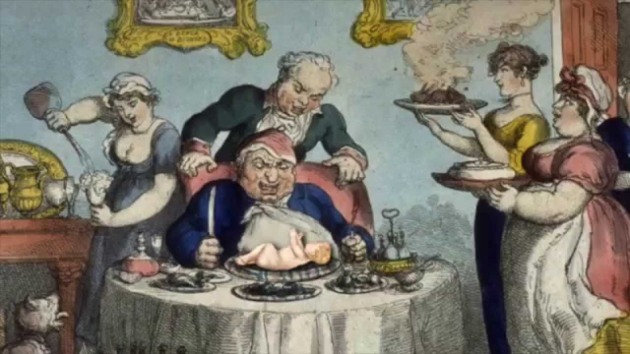 I grew up in an environment that dripped with irony and its cruder friend, sarcasm, so I’m always a bit surprised when my college composition students respond to Jonathan Swift’s famous essay “A Modest Proposal” by condemning him for suggesting people cook Irish toddlers to solve the famine problem. Once I explain the context to them, the absurdity slowly dawns, and I can see light bulbs shining over their heads.

But I was taken aback when one of my students quoted a deliberately ironic statement from the satirical website The Onion as proof of her claim in her thesis. Even though she understood the context of the contemporary situation, she was reading what she wanted to read, hearing what she wanted to hear, and was blind to the irony. Some folks just don’t get it.

And I was slammed again the other day on Face Book when someone butted into a conversation.  We were discussing a wild claim made by Donald Trump. After some exaggeration, word play, and leg-pulling, I’d concluded tongue-in-cheek that Trump’s statement must be accurate. My friend understood, but a stranger jumped in and castigated me, demanding I give evidence for my “bold claim.” I responded with an explanation of my meaning and an attempt to be conciliatory because I couldn’t find an emoji for rolling your eyes.

Of course, there’s a moral to the story: If you plan to use irony or sarcasm on Face Book, either keep your conversations private or you will have to put your ironic phrasing in quotation marks or add one of those insipid,  winking, smiley faces (semi-colon, hyphen, right parentheses).

The picture to the right is wordplay, not irony.

Of course, you knew that,

but some folks just don’t get it.